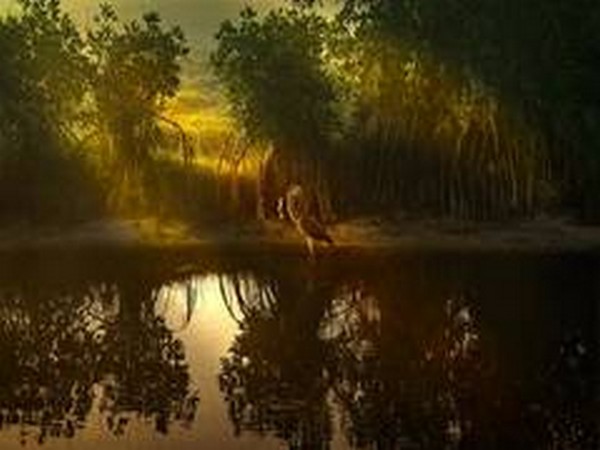 In the 21st century, mangrove forests around the world have experienced changes in surface temperature, salinity and ocean density, according to recent research by Dr. Tom Van der Stocken from the VUB biology department.
In the Indo-West Pacific, the main mangrove diversity hotspot, the study showed that changes in surface ocean density can impact the distribution patterns of globally distributed mangrove species.
The research results were published in Nature Climate Change.
“Climate change affects sea surface density through changes in temperature and salinity. Because the dispersal of widespread mangrove species has a density close to that of seawater, changes in ocean density impact oceanic dispersal of mangroves. Whether mangrove spreads float or sink depends on the difference between the density of the reproductive organs and that of the surrounding water,” says Tom Van der Stocken, Marie Sklodowska-Curie Postdoctoral Scholar at the Vrije Universiteit Brussel and Research Affiliate at the NASA Jet Propulsion Laboratory. “It Warming winter temperatures and rising sea levels are expected to affect the distribution of these carbon-rich forests, but changes in surface sea properties could also affect distribution patterns through dispersal.”
Mangroves are highly productive tidal forests found along tropical, subtropical, and some temperate coasts. They support a variety of ecosystem goods and services and occupy an important place on the international climate change mitigation and adaptation agenda. At the same time, however, these tidal forests are heavily influenced by human activities and are subject to climate-induced changes in the marine, terrestrial, and atmospheric processes with which they are closely associated. While previous studies have focused on the potential impacts of sea level rise, changing precipitation regimes, and increasing temperature and storm frequency on mangrove ecosystems, the potential impacts of climate-related changes in seawater properties have not been considered.

Van der Stocken: “This is surprising since the ocean is the primary dispersal medium of this ‘seafaring’ coastal vegetation and dispersal is a key process that determines a species’ response to climate change through changes in its geographical range.”
The paper “Mangrove dispersal disrupted by projected changes in global seawater density” was co-authored by VUB professors Bram Vanschoenwinkel and Nico Koedam and published in collaboration with Moss Landing Marine Laboratories (MLML) and the University of California, Los Angeles (UCLA) . The team used current and future sea surface temperature and salinity data from the Bio-ORACLE database developed at Ghent University and derived sea surface density estimates from these data using the UNESCO EOS-80 equation of state polynomial for seawater.
“Our study provides evidence that the surface water density along the mangrove forests will decrease by the end of the 21st century and will be twice as high in the Indo-West Pacific region than in the Atlantic-East Pacific,” says Koedam.
“It is important to note that our study uses current and future environmental conditions based on monthly averages, and that actual variability in sea surface density around these averages may be higher than predicted in this study,” adds Vanschoenwinkel.
Van der Stocken: “There is still uncertainty about how projected changes in seawater density will affect the actual spread of mangroves in different parts of the world, and further research is needed on the biological response of mangroves to climate-related changes in surface water properties In this study, we used marine data layers to fill this gap, and we hope that our study will help stimulate new research examining the effects of changes in sea surface properties on swim periods of propagation, dispersal, and connectivity .”

World Asteroid Day 2022: Find out all about the event that forced the UN to adopt a resolution
Next Article