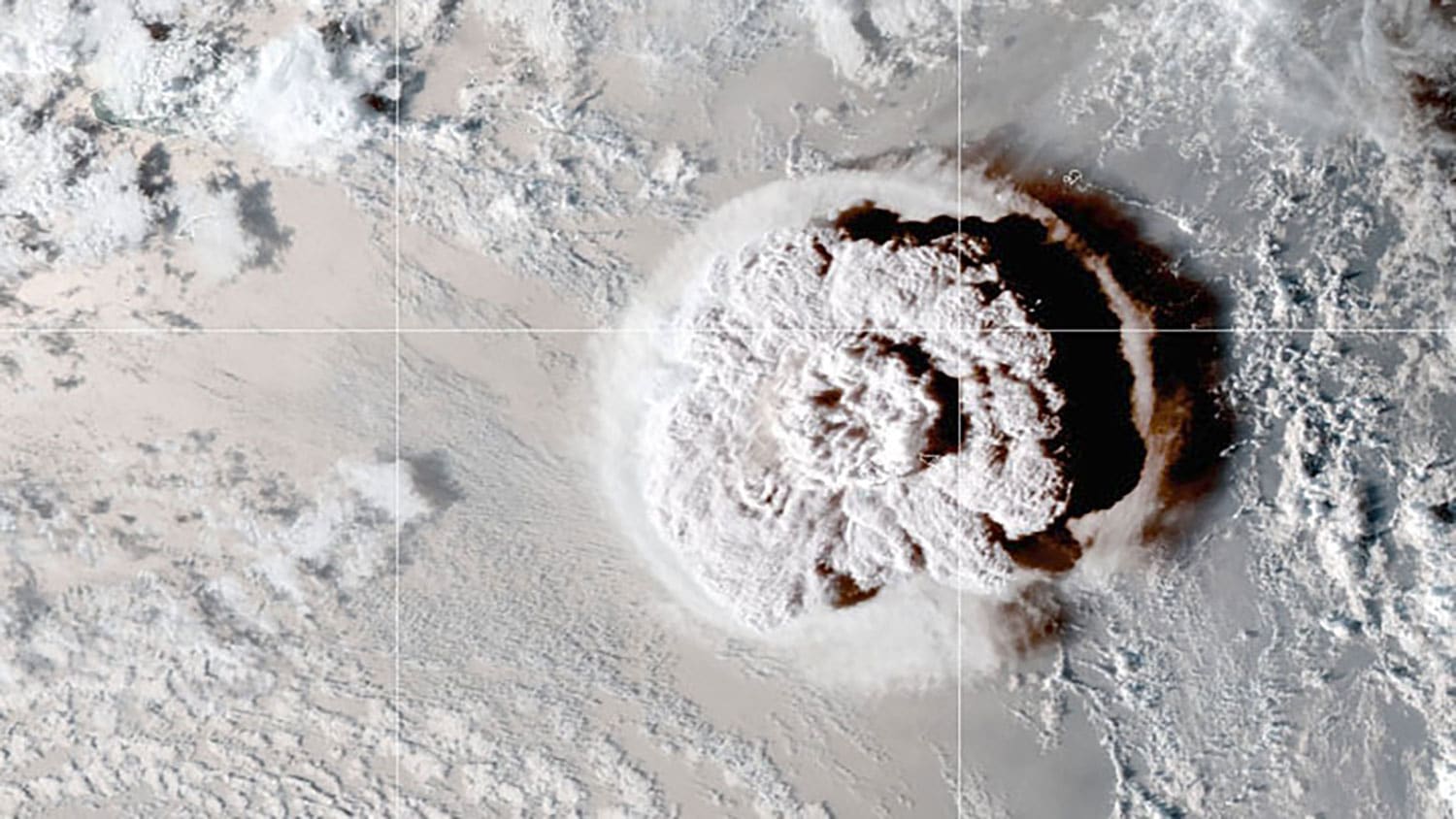 For this study, scientists combined extensive satellite data with ground-level observations to show that the eruption was unique in observed science, both in size and speed. It was also unique in the range of fast-moving gravitational and atmospheric waves it produced.

During the eruption, it creates a vertical plume that extends more than 50 km (30 miles) above the Earth’s surface. Over the next 12 hours, the largest source of gravitational waves on the planet was heat generated by hot ash and water in the cloud. The eruption also produced gravitational waves resembling ripples, and satellite measurements showed them spreading throughout the Pacific Basin.

In addition, the blast created waves in our atmosphere that resonated around the planet at least six times, accelerating to the fastest speed ever recorded in our atmosphere, which is 320 meters per second, or 720 miles per hour.

The research authors explain that this is the first time in the observational record that a single event has dominated such a large area and will help scientists develop future atmospheric weather and climate models.

dr Corwin Wright, a Royal Society University Research Fellow at the Center for Space, Atmospheric and Oceanic Science at the University of Bath, is the lead author of the publication. He said: “This was a really huge explosion and really unique in relation to what science has observed so far. We’ve never seen atmospheric waves travel around the world or at this speed – they traveled very close to the theoretical limit.”

“The eruption was an amazing natural experiment. The data we have collected about it will improve our understanding of our atmosphere and help us improve our weather and climate models.”

co-author dr. Scott Osprey from the National Center for Atmospheric Science, based in the Department of Physics at the University of Oxford, expects further effects of the Hunga Tonga eruption: “Our study nicely shows how the prominent display of global waves is powered by the vast amounts of seawater that evaporated during the eruption. However, my gut feeling is that there is more to come from this outbreak. As the extraordinary amount of water vapor spreads throughout the stratosphere, eyes will turn to the Antarctic ozone hole and how severe it will be in the spring.”