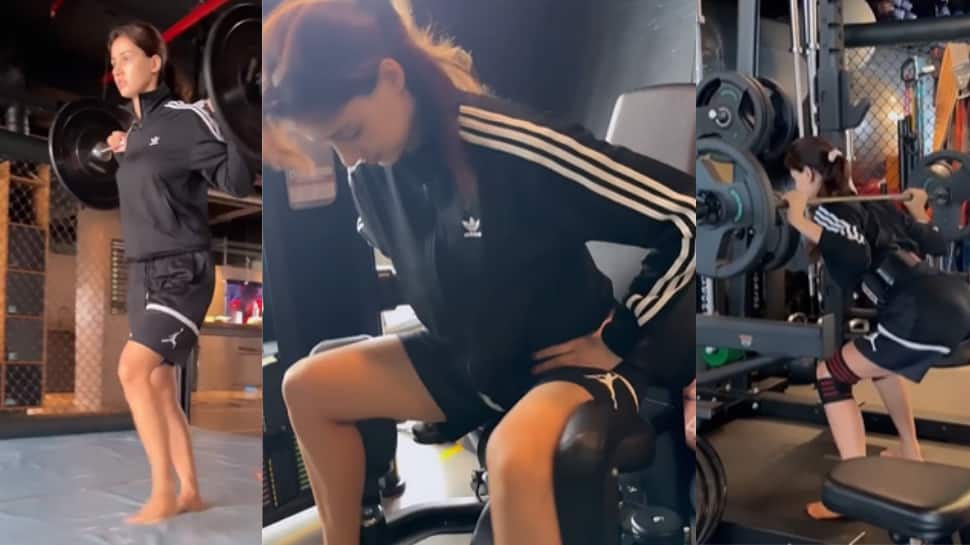 Bollywood diva Disha Patani broadcast big fitness goals in her latest social media post while sweating it out in style. “Just another day in my life,” the “Malang” actor commented on Instagram. In the video, Disha could be seen donning a black jacket with matching black shorts and with her hair tied back in a ponytail. She performed a series of barbell workouts with grace. The very first exercise in the clip showed the actress doing lunges with a heavy barbell on her shoulder.

In the next exercise, she performed single-leg step-ups on an exercise box to which a mirror was attached, and in the final exercise set, Disha performed leg presses on another piece of equipment. She also performed some weightlifting, Disha was joined by her trainer Rajendra Dhole during her workout.

As soon as the actress shared the video on social media, her trainer commented, “Just another Sunday in my life.”

Disha is known for leading a healthy lifestyle. She regularly participates in intense exercise programs, which she often uploads to her social media account. Disha has inspired fans to stay fit and healthy too.

On the film front, Disha will next be seen in the film Ek Villain Returns 2, which is being directed by Mohit Suri and produced by Bollywood big names like Ekta Kapoor and Bhushan Kumar.

The film’s dark and gripping trailer has already turned heads and Disha has stunned everyone with her portrayal of a negative character in the film.