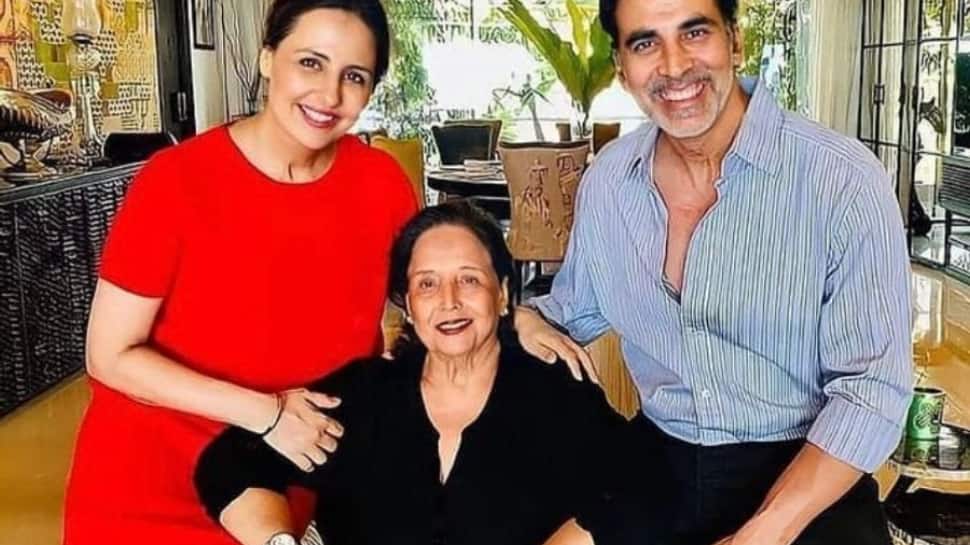 Ahmedabad: Bollywood star Akshay Kumar, who will soon be starring in Anand L Rai’s directorial Raksha Bandhan, recently addressed the bond he shares with his sister Alka Bhatia while promoting the film. The storyline of “Raksha Bandhan” explores the love, bond and connection between a brother and his sisters. Akshay had few words to say during the film’s press conference in Gujarat when asked about him and Alka by the media.

“My bond with my sister was one of love. My sister is not afraid of me at all and she is a very cool person who does not fight at all. We never fought, even if my temper rises sometimes she remains calm.” said Akshay.


He added: “Ever since I was a child, my parents have taught me that my sister is not just my sister, but a devi (deity). So she is a Devi to me.”

Akshay will star alongside Bhumi Pednekar in Raksha Bandhan, which is due out on August 11th. Bhumi was not present at the press conference.

In addition to Raksha Bandhan, Akshay will also star in Ram Setu with Jacqueline Fernandez and Nushrratt Bharuccha, and Selfie with Emraan Hashmi. Vice President Poll Highlights: PM Modi meets Jagdeep Dhankhar and congratulates him on election as next Vice President
Next Article