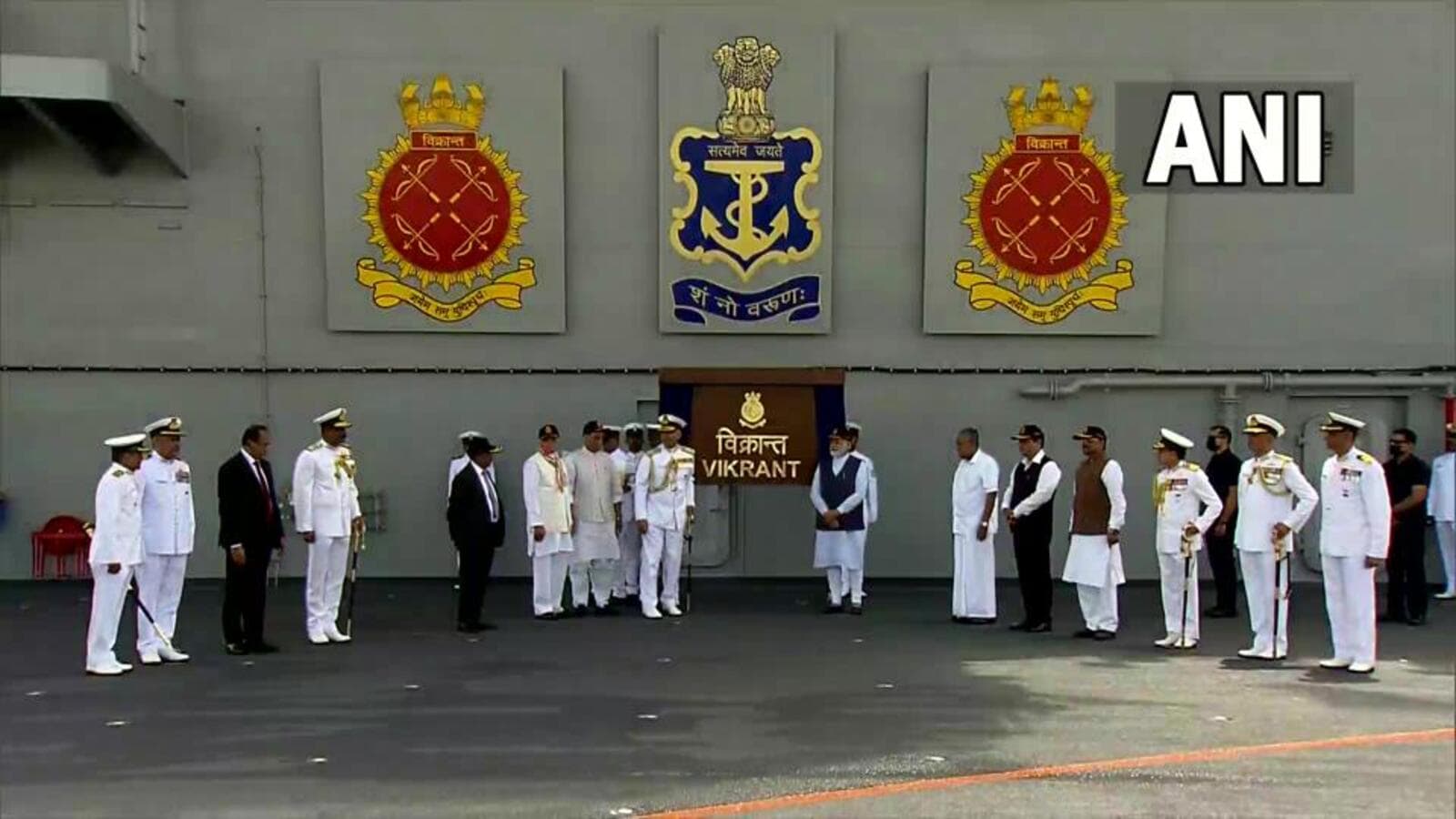 Kochi: Prime Minister Narendra Modi unveiled a naval ensign at the aircraft carrier INS Vikrant’s commissioning ceremony on Friday, with the new flag inspired by the seal of Maratha King Shivaji Maharaj and dropping the Cross of Saint George – a move the prime minister described as breaking away from the rid of the burden of a colonial past.

The new flag consists of the national flag in the upper left canton and a navy blue and gold octagon in the center of the fly. A blue octagonal shape bearing the national emblem sits on an anchor superimposed on a shield.

Below the shield, within the octagon, is the motto of the Indian Navy “Sam No Varunah” (a prayer to the god of the sea, Varuna).

Also read: Explainer: Why Vikrant’s enlistment is a game changer for the Indian Navy

“The octagon-enclosed design is borrowed from the Indian Navy Coat of Arms, with the fouled anchor, also associated with colonial heritage, replaced with a see-through anchor that emphasizes the steadfastness of the Indian Navy. The two octagonal borders are inspired by Shivaji Maharaj Rajmudra or the seal of Chhatrapati Shivaji Maharaj, one of the prominent Indian kings with a visionary maritime outlook who built a credible naval fleet that at the time earned grudging admiration from the European navies operating in the region ‘ the Navy said in a statement.

This is the fifth naval flag change since 1950.

Modi spoke about Indian maritime tradition and naval capabilities. Chhatrapati Veer Shivaji Maharaj, he said, built such a navy on the strength of that naval power that kept the enemies on their toes. When the British came to India, they were intimidated by the power of Indian ships and the trade with them. So they decided to break the back of India’s sea power. The story is a testament to how severe restrictions on Indian ships and traders were imposed by legislation passed in Britain’s Parliament at the time, the Prime Minister said.

He noted that on the historic date of September 2, 2022, India shed a trace and burden of slavery. “Until now, the identity of slavery remained on the flag of the Indian Navy. But starting today, the new Navy flag inspired by Chhatrapati Shivaji will fly in the sea and sky,” Modi said.

The naval ensign was previously the St. George’s Cross on a white background, with the national emblem at the crossing and the Indian flag in the upper left quadrant.

The patron saint of England, St George lived in the 3rd century and is still identified with the ideals of honor and bravery.

Also read: INS Vikrant: Everything you need to know about the largest Indian-made warship

The St. George’s Cross was also earlier dropped from the naval ensign.

The flag of the Navy from 1950 to 2001 was the George Cross on a white background with the national flag in the upper canton. It was changed to an Indianized flag in 2001, showing only the Indian flag and naval crest, bringing a commonality with the flags of the Indian Army and Indian Air Force, which have the national flag and respective service crests set on red and blue backgrounds respectively . In 2004, after problems recognizing Indian warships at sea, the Navy reverted to its pre-2001 flag, with the addition of the state coat of arms at the crossing of the cross, according to officials, after problems.

The next change to the flag was introduced in 2014 when the words “Satyamev Jayate” were placed under the national emblem in the center of St George’s Cross. 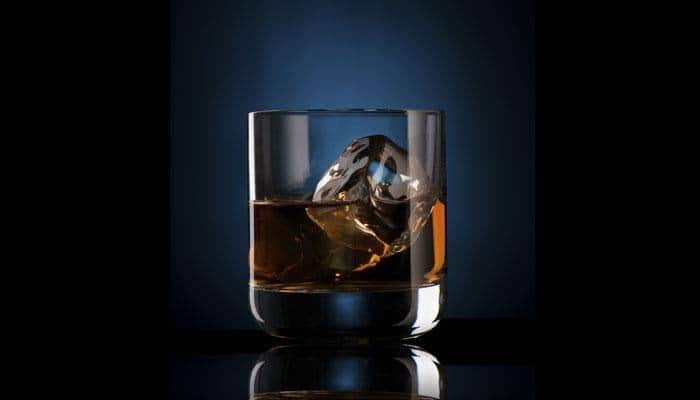