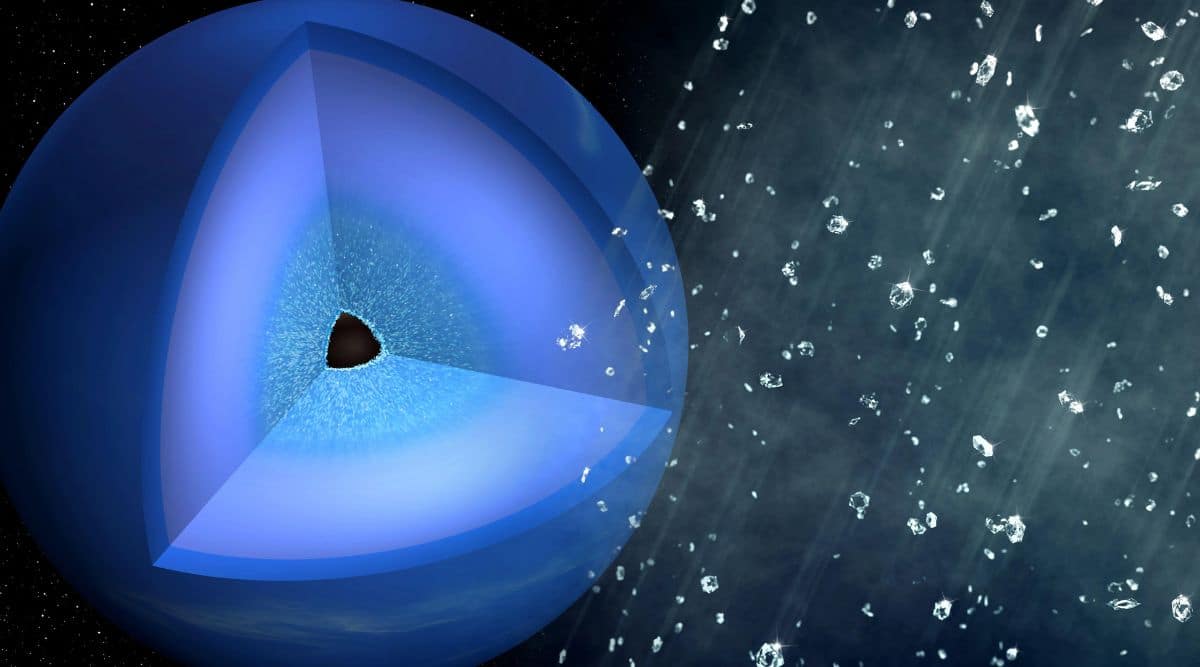 A new study has found that “diamond rain” may be more common on icy planets like Neptune and Uranus than previously thought. For the first time, scientists have observed diamond rain forming in their experiment designed to mimic the extreme temperatures and pressures on this planet.

Diamond rain is formed when the hydrogen and carbon found in the interior of these planets are squeezed together by the high pressure, forming solid diamonds that slowly sink further inland. The research was published in the journal natural astronomy.

The researchers simulated the type of environment found within these planets by using an intense laser to generate shock waves in plastic at the Stanford National Accelerator Laboratory’s Instrument Matter in Extreme Conditions (MEC) in Menlo Park, California.

In the experiment, the researchers used PET plastic, commonly found in food packaging, plastic bottles and containers, to reproduce the composition of these planets. “PET has a good balance of carbon, hydrogen and oxygen to simulate activity in ice planets,” Dominik Kraus, a physicist and professor at the University of Rostock, said in a press release.

When they used the laser to generate shock waves in the plastic, they observed how the material’s atoms rearranged into small diamond regions. They used a method called “small-angle scattering” to measure how fast and large these regions grew. The researchers found that these diamond regions grew to a size of a few nanometers. The presence of oxygen in the material allowed the nanodiamonds to grow at lower pressures and temperatures than observed in previous experiments.

The research team predicts that the diamonds on Neptune and Uranus would grow much larger than the nanodiamonds produced in those experiments; maybe even weigh millions of carats. Over thousands of years, these diamonds may have slowly sunk through the planets’ ice sheets to accumulate as a thick layer around the planet’s solid core.

This research also opens up the potential to create nanodiamonds using this laser-driven method. Such nanodiamonds are already found in abrasives and polishes, and in the future can potentially be used for quantum sensors, medical contrast agents and reaction accelerators for renewable energies.

“The way nanodiamonds are currently made is to take a bunch of carbon or diamond and blast it with explosives. This creates nanodiamonds of various sizes and shapes that are difficult to control. What we see in this experiment is different reactivity of the same species under high temperature and high pressure. In some cases, the diamonds appear to form faster than others, suggesting that the presence of these other chemicals may speed up this process,” SLAC scientist and collaborator Benjamin Ofori-Okai said in a press statement.

According to Ofori-Okai, this laser production method could provide a cleaner and more controllable way to create nanodiamonds.

Next, the researchers plan to conduct similar experiments with liquid samples containing ethanol, water and ammonia, which are the major components of Uranus and Neptune. This will help them understand even more how diamond rain forms on other planets. 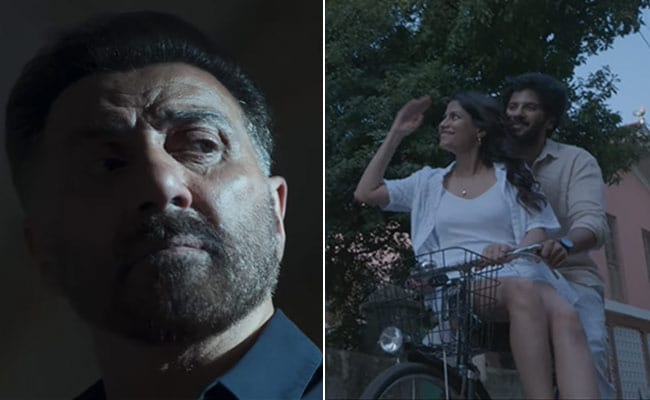