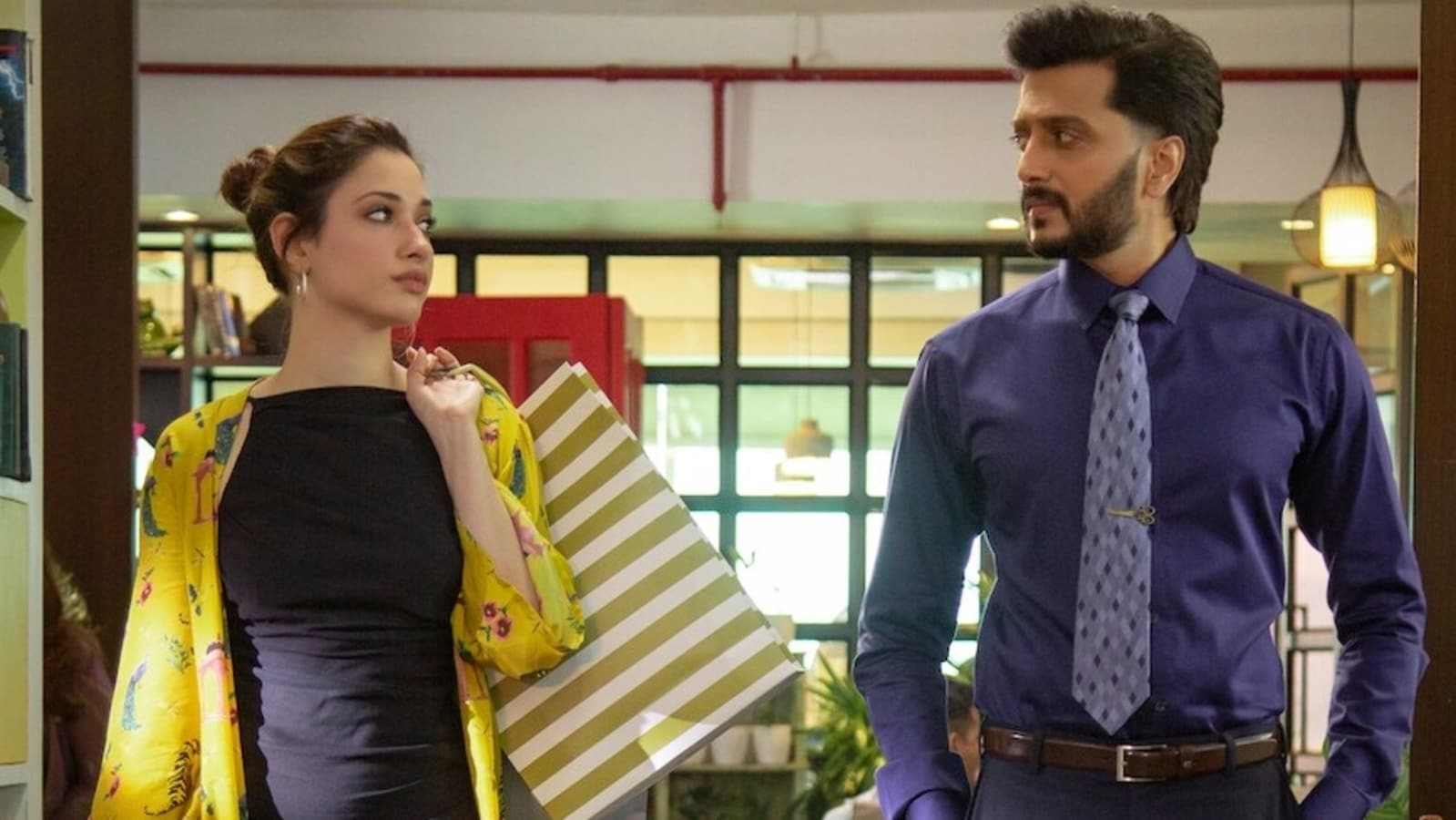 Riteish Deshmukh and Tamannaah Bhatia come together on screen for the first time in the romantic comedy Plan A Plan B. The trailer for the Netflix film was released on Tuesday. In the upcoming film, directed by Shashanka Ghosh, Tamannaah will play a matchmaker, while Riteish will star as a lawyer specializing in family law. The trailer begins with Kosty from Riteish hitting Tamannaah’s Nirali with a unique business proposition. He wants to plan divorces and asks her to join him. “Plan A: marry people. Plan BI is handling their divorce case,” he says. Plan A Plan B arrives on Netflix on September 30th. Continue reading: Masaba Masaba season 2 trailer

Riteish plays a cynical divorce attorney in the film for whom relationships are all about online dating, “right swiping” and moving on. In one scene, Riteish Deshmukh is heard saying in court, “Marriage is a punishment, Your Honor.” In contrast, Tamannaah is single, although she is a matchmaker who is highly sought after. In one scene, a client can be heard calling her “a psychologist and marriage counselor.” Tamannaah tells another client in one scene, “Love, marriages and relationships last a lifetime.” Tamannaah finds Riteish “haughty and arrogant”; he calls it a “neck pain”. The trailer teases whether the two are attracted to each other or just bumping into each other.

Tamannaah said working as the matchmaker in the film was a “memorable journey” for her. She said: “This movie was a wild ride. Whether it’s working with Netflix, the entire cast, or being directed by Shashanka, sir, Plan A Plan B has been a journey to remember. It’s a dynamic film that will appeal to any type of audience and I can’t wait for its launch on Netflix.”

Promising a lot of “twists” in Plan A Plan B, Riteish said: “I’ve always had a soft spot for the comedy genre and Plan A Plan B was another memorable experience for me. It’s important to work with a team that takes a twist on this genre and makes it refreshing for audiences, and Plan A Plan B was definitely such a project for me. We made this film with a lot of love and can’t wait for Netflix viewers around the world to enjoy it with us.”