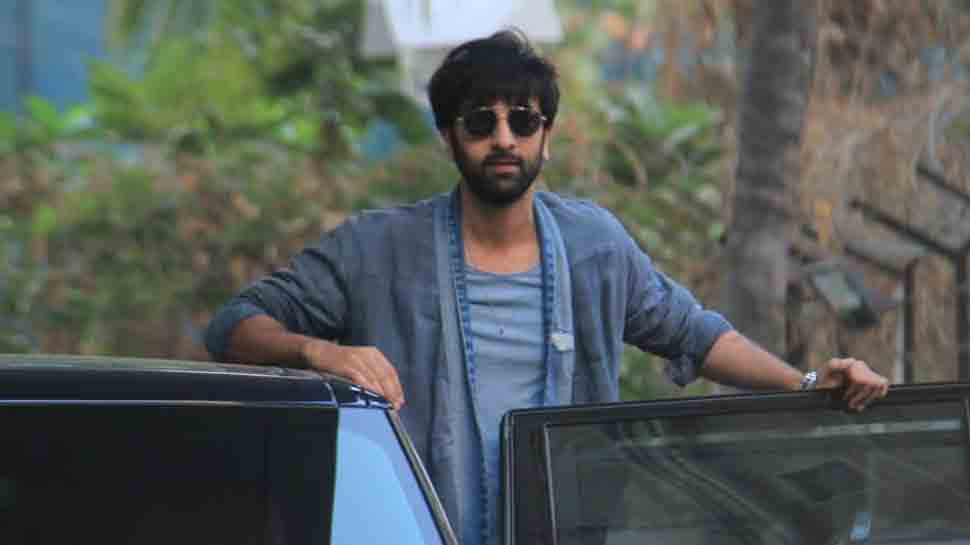 The YouTuber took to her Instagram and shared a slew of adorable pictures, in which the ‘Yeh Jawani Hai Deewani’ actor can be seen holding the content creator in black ethnic attire, while Niharika opted for a gorgeous red lehenga and a surprising reaction to this shows actor as he stands next to her.

She shared these behind-the-scenes pics with the caption, “Got to catch ’em all. Hi Ranbir,” followed by a wink and twinkle emoticon.

In the second image, the duo can be seen looking into each other’s eyes and standing a foot apart. The third image is a happy monochrome image, which features the ‘Besharam’ actor making fun of the YouTuber, and she smiles blushingly in response.

Another picture shows Ranbir holding Niharika’s shoulders, looking deep into her eyes and giving a surprising reaction to the ‘Saanwariya’ actor in response.

In the last picture, the YouTuber was kept in focus, posing by the door, covering one of her ears and giving the ‘Sanju’ actor a surprising look. Fans flooded the comments section with heart emoticons congratulating Niharika on her first collaboration with father-to-be Ranbir.

“Niharika won Life Dayummmm,” one user commented on the pictures.

Another user wrote, “Oh I’m jealous she’s so lucky,” “Awwwwwwww-dorable,” a fan wrote in the comments section, followed by several heart emoticons. Previously, Niharika has worked with actors such as Ajay Devgn, Kartik Aaryan, Mahesh Babu , and Yash among others, ahead of their film releases.

Meanwhile, the ‘Tamasha’ actor is currently busy promoting his upcoming movie ‘Shamshera’ in which he will star alongside Vaani Kapoor and Sanjay Dutt.

The film is slated to hit theaters on July 22, 2022. Apart from that, he also has “Brahmastra: Part One” starring Alia Bhatt and Amitabh Bachchan, which is due out on September 9, 2022.