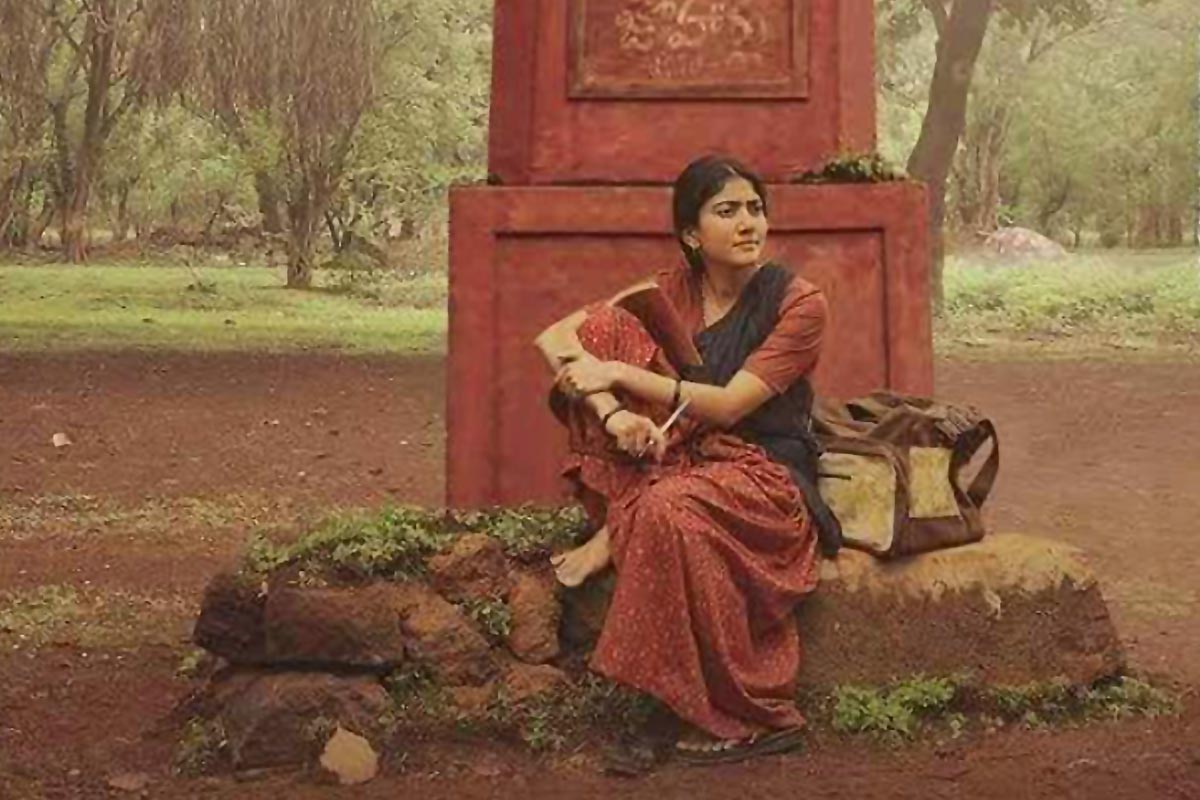 Many insurgency-era stories were swept away in the chaos. Virata Parvam is one story among many to remember.

*No review, but spoilers ahead

“February 1992. A woman was killed by Naxals in Telangana on suspicion of being a police informer. The painful event made me think and was finally etched Virata Parvam‘ we hear the voice of Venu Udugula, director Virata Parvamwhile the credits roll and dedicates the film to Thumu Sarala.

For almost a decade and a half – from the 1990s to the mid-2000s – the resurgence of the Naxalite-Maoist insurgency echoed in the form of gunfire and explosions in Telangana state. Many lives were lost in the crossfire between the state and left-wing insurgents.

Few stories are remembered and many have been swept away in the chaos. Virata Parvam is one such story among the many that are remembered. Venu Udugula, the film’s director, guides us through this story through the grim realities of that era in his quest to revive a memory. In addition to narrating and treating the story’s historical context, performances by Sai Pallavi and Rana Daggubati as Vennela and Ravanna have received critical acclaim.

Though the film begins with Vennela’s birth and gradually draws viewers into her story, Venus’s huge screen ambitiously captures an explosive era steeped in lore of blood and gore, glory and darkness.

Many youth in Telangana, like Vennela, were captivated by the “dream of revolution” in the late 1980s and 1990s. Some welcomed Naxalism as a solution to feudal exploitation, while others saw it as a way to combat caste inequalities.

The story of Thumu Sarala is still burned into public memory. As a young, middle-educated girl, she left her home in Karumanchipalli in the former Khammam in the Sirnapally forests of Nizamabad to join the Naxalite movement.

Curious and eager, Sarala was apparently moved by a police encounter in which a Naxalite woman was killed. The turbulent atmosphere surrounding Sarala forced her to approach the universal fascination with the cause of the downtrodden, “Love and Revolution.”

The circumstances and events that led to Vennela, the character inspired by Sarala, eerily resonating with many who aligned themselves with the various factions of outlawed Naxalite parties. Some joined these groups because they felt it was “necessary”, many were “inspired”, while others were recruited due to the prevailing socio-economic situation.

Before Vennela begins her journey, there is a conversation about how reading certain books can cause problems, a known reality and an experience that many can relate to.

In a scene in the first parts of the film, in which the police mistreat a Dalit man and also beat Vennela’s father, leading them to question the police authority, Venu shows how Dalits and peasants belonging to lower castes are the usual suspects of the state.

This leads me to remember stories I heard as a boy growing up in the neighboring village on the same woodland where Vennela is said to be killed.

I clearly recall several instances of Dalits and other lower castes being “interrogated” by the police and “punished” by the Naxalites on suspicion of being “whistle-blowers” or “supporters.” However, the leadership of the Naxal parties used to come from the upper castes.

Ironically, in many cases it was the oppressed who were seen as a threat to both the state and the Naxals.

Somehow the film fails to portray the dilemma and conflict of interest of an IPS officer who is said to be from a marginalized caste. While the director has tried to portray this in a scene where the policeman, in a conversation with Vennela’s father, expressed his concern about the victims of the Bahujans even in the Naxal movement, somehow the scene doesn’t do justice to the emotional conflict that scores of lower-caste Dalits and police officers invariably pass through.

Interestingly, in the same scene, the director creates an emotion and the lived experience of these communities during this time through dialogue narrated by Vennela’s cousin Ramesh, played by Rahul Ramakrishna.

Asked by the police if the Naxal movement has brought any good, Ramesh angrily replies how the Naxals came to save them from feudalism and its crimes when the state averted its eyes. This dialogue is crucial to understanding the film as it reveals the hope that the Naxal movement brought to the lives of the downtrodden.

But of course that doesn’t reflect the broader reality of the Naxalit movement. One such case was the killing of two first-generation Dalit youth in Nizamabad district in 1999.

One of them was killed by a Naxal armed faction and another by unidentified gunmen, but both killings were apparently the result of “narrow policies” pursued by the Peoples’ War Group (PWG), Janashakti-Naxal groups and others parliamentary left-wing parties. There were dozens of such lives shattered amid the dreaded conflict between the state and the Naxalites in Telangana. Of course, the state had the upper hand in this power game.

Apparently, Sarala was moved by a police encounter in which a Naxalite woman was killed. The turbulent atmosphere surrounding Sarala forced her to approach the universal fascination of the downtrodden; “Love and Revolution”.

Human rights activist, lawyer and founder of the Human Rights Forum (HRF) K Balagopal had been outspoken when addressing the politics of Naxal groups and parliamentary left-wing parties. In a historic article entitled “One Abraham Katha” written in the weekly Nigah, he said that neither the state/police nor the Naxal parties nor the parliamentary left wanted to see “independent Dalits” or “confident Dalits”.

Any senior police officer or senior journalist who has worked in north Telangana or seen developments in Hyderabad can surely recall the internal conflicts of the Naxal groups and how the state took advantage of them, as portrayed by Venu in the film .

This journey of Vennela takes us from her as the curious child of a herding family whose father is an “Oggu Katha”, oral storyteller, to a Naxalite who sucks up idealism, to someone who, right where she hoped to find, as a traitor is accused of love, comradeship and hope for revolution.

This is not the first Telugu film to have spoken about the far left movement in this region, but the release of Virata Parvam at a time when the story of that uprising has faded from public memory, has managed to reinstall it for those who witnessed the turmoil.

The film has several scenes that reflect a subaltern aesthetic. The film begins with a scene of young Vennela sitting by a cornfield where her mother and other women are busy planting rice seedlings. They sing “Madanasundaari,” a folk song that basically talks about the daily lives of women like them. A scene that, until recently, was an integral part of every village, and the director succeeds in fitting the incidents perfectly into the milieu.

And in the end, Vennela becomes the victim of a “conspiracy” and as Ravanna carries her body, a sad voice echoes through the atmosphere. The song is a homage by revolutionary singer Vimalakka to the wrath that brought Vennala through this turmoil, and it reads: “Moonlight (Vennela)… has not descended from the sky, or is it seething in the wild bushes?… How is it that the mother forest who helped you give birth agreed to take your life? (“Mogulupai Vennela nela ralenannada mogilivanam podala cheri gubaalusthunnada … niku puruduposi kannadamma Adavi, née upiretla tiskuntanannadi?”). The song plays along by outlining an atrocity committed by “their own comrades”.

Although cinema has artfully portrayed Vennela’s grisly murder case, the reality is that the PWG Naxals paid a heavy price for Sarala’s murder. News of her assassination by a senior Naxal leader was broken by Manchikanti Narender, a senior journalist who was working with her at the time Andhra Jyothi Daily. In his memoirs, Narender recalls the incident and its aftermath, the Naxalites’ efforts to cover up the incident, and the subsequent outrage against them by progressive civil rights activists.

Virata Parvam isn’t a masterpiece, but it definitely endears us by merging fragments of lived history and emotion into a single narrative.

Director Venu, who began his career as a journalist, has shown us something that faded writing on the walls and memorials in parts of Telangana is trying to whisper, but it remains to be seen if the film will inspire others to share untold stories from the era tell .

The views expressed are those of the author. Charan Teja covers the two Telugu states and writes mostly about caste, politics and forest environmental rights. 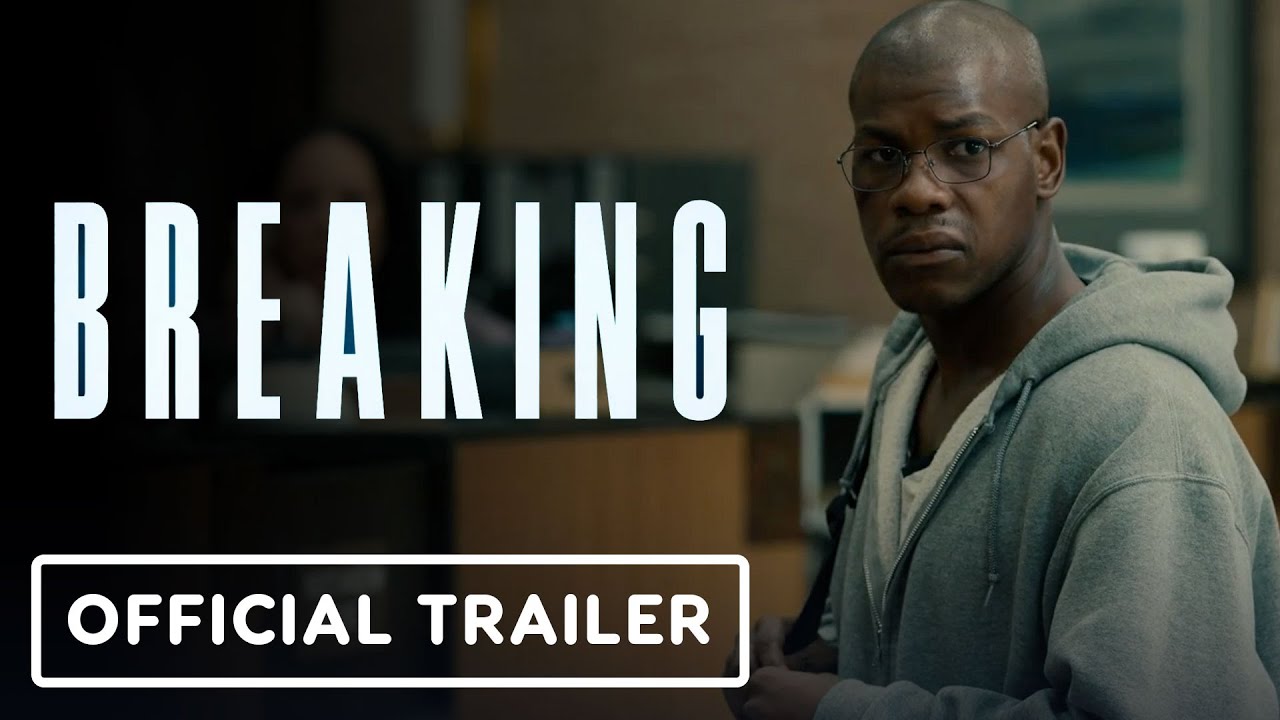