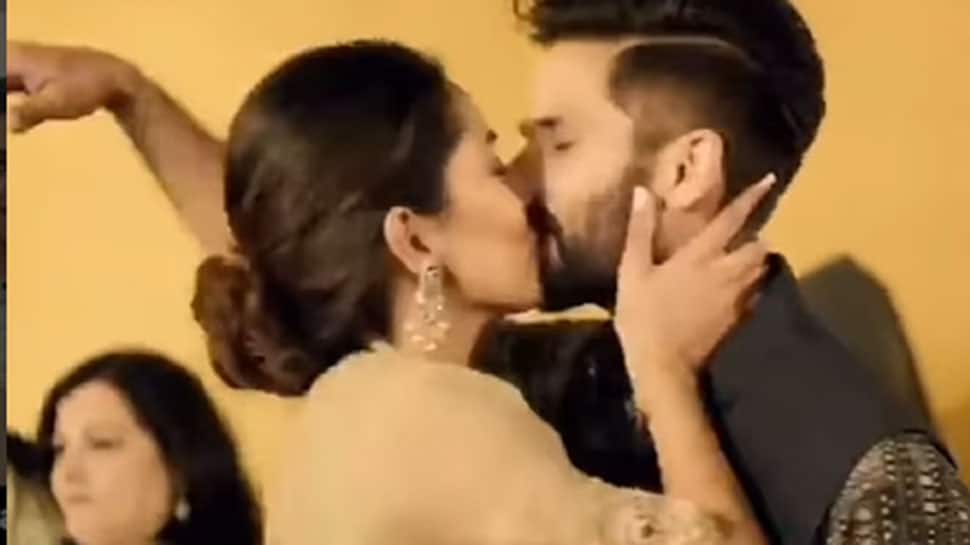 A video of Shahid Kapoor and wife Mira Rajput stealing a passionate kiss at the wedding ceremony of the actor’s sister Sanah Kapur has surfaced on social media. And, needless to say, it has gone viral across the internet. Sanah, the daughter of Pankaj Kapur and Supriya Pathak, tied the knot this year and her wedding video was released.

Wedding videographers The Wedding Story posted a four-minute video on their Instagram page, and a snippet of it was also captured by Viral Bhayani. The video beautifully captures the highlights of the wedding and one such romantic moment happens to be Mira and Shahid kissing while dancing beautifully.

For the wedding, Sanah wore a color-coordinated lehenga choli. Her choli was colored red while the lehenga and bridal veil were pastel blue in color. On the other hand, Mayank wore a black Indo-Western.

On the work front, Shahid Kapoor was last seen in Jersey with Mrunal Thakur. The film received a lukewarm response from fans and critics alike. Next, the actor will be starring in Raj and DK’s upcoming Amazon Prime Video series Farzi, which will mark his debut in the OTT space.

Shahid and Mira are currently on family vacation and the mistress has been posting great photos and videos on her Instagram profile to give a little taste of the celebrity vacation.