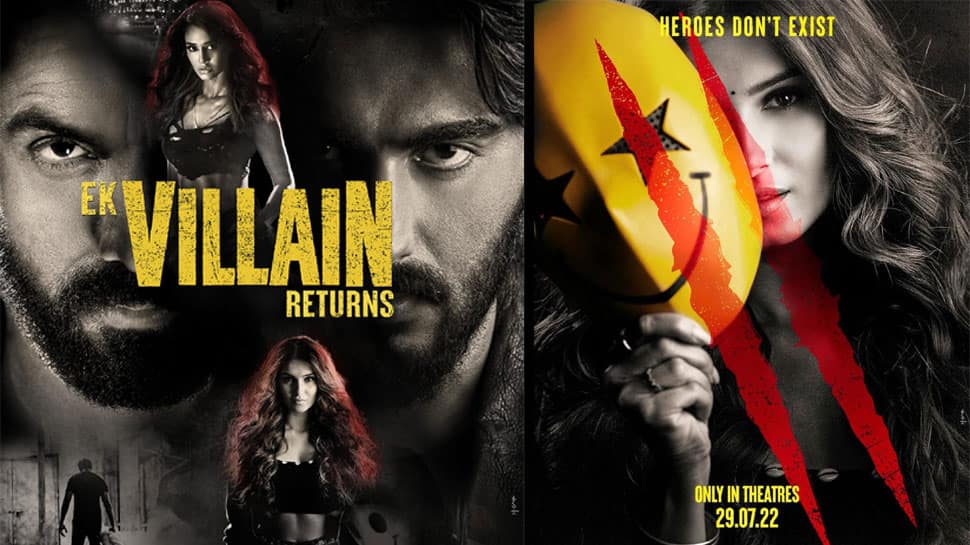 Mohit Suri’s Ek Villain Returns trailer was released today and the excitement is up a notch. At the end of the eight-year wait, fans were treated to this adrenaline-pumping, high-octane actioner sneak peek. And if you watch the trailer, Ek Villain Returns will keep everyone in suspense with its nerve-wracking and engrossing storyline.

Ek Villain Returns is a multi-star film starring John Abraham, Arjun Kapoor, Disha Patani and Tara Sutaria. In a dramatic performance at the big trailer launch event in town, the actors took the stage behind enlarged life-size versions of the infamous smiley face masks associated with the franchise. Who is the villain? The creators are determined to leave you in the dark!

Ek Villain Returns stands for thrill, action and glamour. Audiences will definitely feel that the sequel has taken the franchise to another level.

Speaking of the Ek Villain Returns trailer, Producer Bhushan Kumar, Chairman & Managing Director – T-Series said: “The Ek Villain franchise has already picked up speed! The response to the teaser posters and EK Villain Returns build-up campaign has been great, and we’re grateful for all the love we’ve had so far. We hope you enjoy the trailer! See you at the cinema on July 29th!”

Commenting on the release of the trailer, producer Ektaa R. Kapoor says, “Ek Villain Returns has taken the franchise to the next level with action-packed sequences, romance and cliffhangers! The album is by far the best I’ve heard so far and I can’t wait to share the film’s music with the audience. The attempt is to present a big screen spectacle with intense romance! Join us in celebrating Villaintines Day in theaters on July 29th.”

Similarly, director Mohit Suri said, “Ek Villain returns this July with the most powerful avatar yet! The film was a labor of love for all of us – every single person working both behind and in front of the scenes gave their all to bring back the best of the action thriller universe. I can’t wait for the movie to be yours!”

Speaking of the trailer, actor Arjun Kapoor said, “Action is my absolute favorite genre! The script of Ek Villain Returns was by far one of the most powerful and compelling action thrillers I’ve come across, and Mohit Suri brought it to the big screen in an even bigger way! A lot of hard work went into this film and we hope you enjoy it!”

Speaking of the film, actress Disha Patani said: “Most of my films have been action thrillers, but when I say you haven’t seen anything like Ek Villain Returns, I mean it! We’ve done our best to keep you on your toes, and the trailer is just a little taste of what’s to come! Attention – you have been warned!”

Speaking of Ek Villain Returns, actress Tara Sutaria said, “Together with Ek Villain Returns, the music team, Mohit and I, tried to create music that would be the highlight of the film. Everyone who has seen the movie and trailer so far feels the same way and we can’t wait to share it with you guys very soon!”

Featuring a strong ensemble cast including John Abraham, Arjun Kapoor, Disha Patani and Tara Sutaria, Ek Villain Returns will be released worldwide on July 29, 2022. The film is directed by Mohit Suri and co-produced by T-Series and Balaji Telefilms.